Self-Portraits in Black and White and Shallow Depth of Field

The other day I realized I desperately needed new headshots for my profile pics. And so, I scheduled a quick photo shoot with myself, and tried experimenting with studio lighting and shallow depth of field, while shooting with black-and-white final images in mind, at least that was the general idea. Here, I’d like to share a few images from that shoot, as well as behind-the-scenes shots and thoughts.

As I mentioned in a previous post, there are several ways to focus on the subject, while capturing self-portraits. As a (non-human) subject substitute, a good idea would be to use a full body, adjustable mannequin, male or female. (They’re often used by small businesses related to fashion, tailors, etc.) I’d go with one that has adjustable body parts, in particular adjustable hands and head, as well as an actual face (makeup, lashes, and all that) also with one that’s skin color, not white and faceless).

I’d love to buy one myself, but while I don’t have where to store it, I have to work with what I do have, and that is a styrofoam head/neck and a cheap wig. That’s what I sometimes use to focus the camera on and take test shots, when setting up for photo shoots involving self-portraits, and also portraits. (btw, the wig would work great on the mannequin mentioned above, as would eyeglasses, sunglasses, hats, and the like). But, for now, I’d have to make do with the styrofoam head and wig. It is what it is….

I place the head (with wig or hat) on a light stand, adjust the stand to my height and focus on the eyes, and then adjust the lights to create the lighting patterns I’m after, as much as possible. I also use photographer’s tape to mark the spot, on the floor, where the stand is and where I’m about to stand, to photograph myself. That comes in handy, in particular when photographing at a very shallow DoF, as long as I don’t change the distance between my face and the camera/lens.

For this particular photo shoot, I played with a very shallow depth of field, hence, I shot with the Bokehmaster, the Sigma 105mm f/1.4 at f/1.4. That makes it quite tricky to focus on the eyes, as it’s usually the case when shooting portraits and especially when shooting self-portraits.

Oftentimes I use a seamless paper backdrop, but this time I just pulled down the blinds, to diffuse the outside lights and minimize background distractions as much as possible. (that said, sometimes those lights, and in particular the out-of-focus lights, might add something to the visual story, it all depends on the final goal of the photograph.)

Self-portraiture is time consuming, it slows you down, since you have to be the photographer and the model pretty much in the same time, but that’s not really a bad thing. I believe that self-portraiture is definitely something worth exploring. There’s a lot to learn from self-portraiture, in terms of self-expression and self-exploration, as well as rediscovering one’s self and one’s creative voice.

So, what are your thoughts on self-portraiture? How comfortable are you to switch places and stand in front of your camera, rather than behind it? I ask because it took me a long time to even contemplate standing in front of my own camera, and don’t get me started about trying to pose in front of any camera. It’s a work in progress, I guess.

Feel free to share. Look forward to reading your thoughts and, as always, thanks for stopping by!

Check out a few of them: 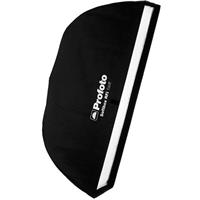 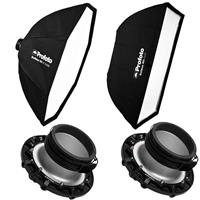