Believe it or not, this month marks the tenth anniversary of Hurricane Sandy. I still remember the days leading to that night when Sandy made landfall–the preparations and planning, the holding of breaths and worrying, readying ourselves, as best we could, for what was to come.

The sight and sound of Sandy will forever stay in my memory. Under the veil of darkness, as the wind hauled all around us, streets became rivers, filled with water brought in by the hurricane, itself, as well as from the Hudson River and the city’s sewage water. Then the lights went out, leaving most of the city and its waterfront in total darkness.

When daylight came, we could see the damage and devastation left behind.

I could take a few snapshots as the eye of the hurricane reached us, giving us a brief break from the unfolding nightmare. And then, again, the following day I was out and about, assessing and photographing the damages. And there was plenty to photograph….

Later, I put together a photo book, as a reminder, called Sandy Tales: Snapshots from a Hurricane. Check it out below: 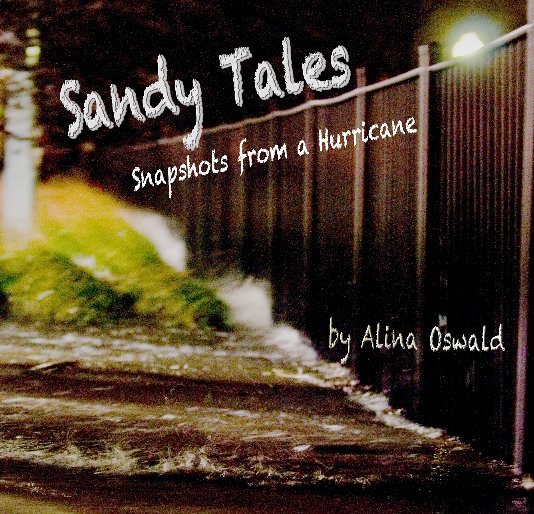 The question is: have we learned anything from Superstorm Sandy? From all these hurricanes and tornadoes that we’ve been through since Sandy? And if yes, what lessons have we learned, if any at all?

Alina Oswald is a writer and photographer published nationally and internationally, covering LGBTQIA, HIV and AIDS, and COVID-19-related stories. She is the former Managing Editor of A&U--Art & Understanding Magazine and the Arts Editor of Out IN Jersey Magazine. As a photographer, Alina Oswald works with small businesses and business professionals, covering portraits, events, and promotional photography. As a teaching photographer, she teaches and mentors teen and adult students. For more details, contact her at alinaoswald.com. View all posts by Alina Oswald