The Story Behind the Image

Now that we’re halfway through January, how are your resolutions going? Keeping up with them?

An iPhone snapshot I captured over the holidays made me think of my own resolutions, and what lies ahead in my life, especially as I continue on my journey through photography.

In this post, I’d like to take a quick look at how I edited the image below, an image I called What Lies Ahead. 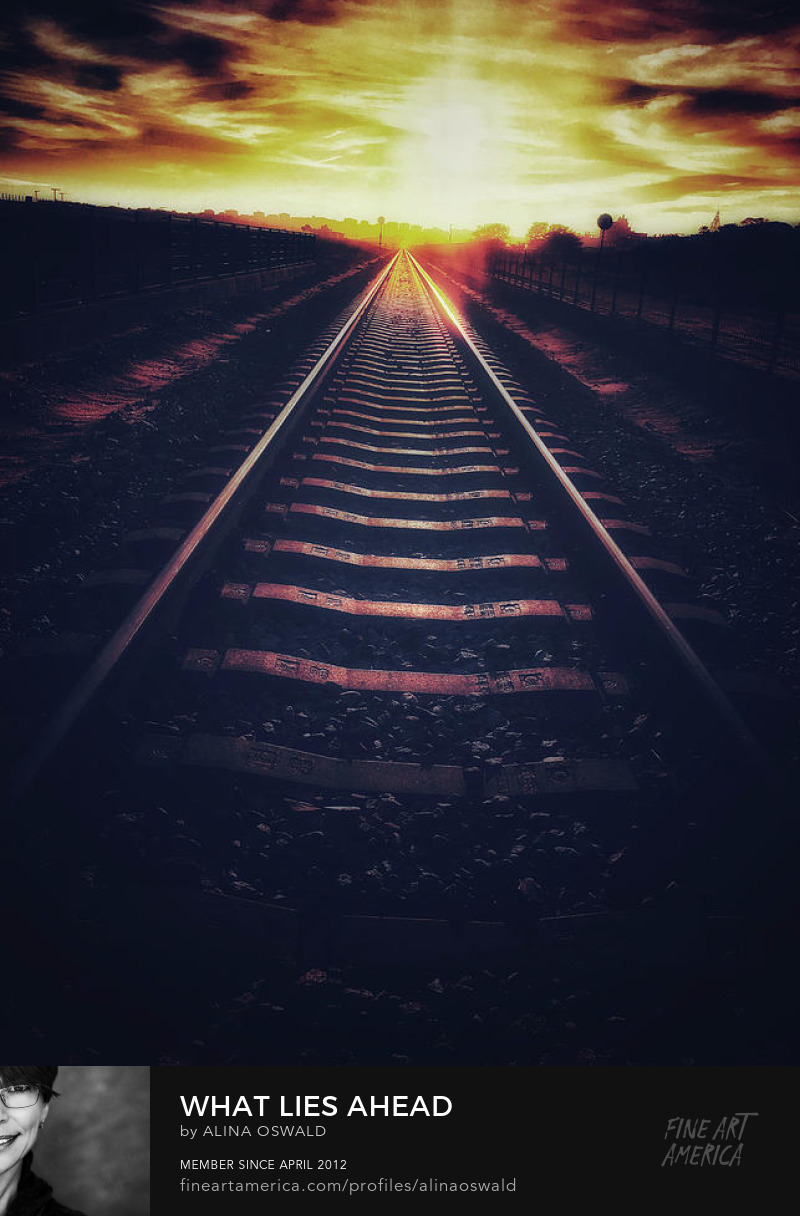 Here are all the photo drafts, from the original picture to the final one:

The first image is the one I captured on my iPhone. I loved the light and the railway guiding the eye toward that light and the city skyline in the distance. Also, the clouds helped create kind of a dramatic sky, which I also liked.

But the original image needed some “tweaking,” to borrow a quote from You’ve Got Mail. I did all my editing in Snapseed (I love the app, and, yes, I know there are other apps out there, too). Some of the Tools I usually use include Curves, Tonal Contrast, Drama, and Glamour Glow, but it varies and usually depends on how I see the image with my mind’s eyes, and the editing steps I need to take to get there.

The second image (in the gallery posted below) is the result of my first set of edits in Snapseed. It’s not much, mostly enhanced color and added warmth.

Then I thought that the sun appeared too bright, and I played a bit with it. Hence images #3 and #4.

I initially stopped at #4, but then I noticed a few bright-ish spots (dots) in the foreground, which I then decided to eliminate.

I ended up with the final draft of the image, which I called “What Lies Ahead.”

You can find the image posted on Fine Art America.

If you have any questions, please don’t hesitate to ask.

Hope that everything that’s good and kind (and lucky, too) lies ahead of us this year, and in the years to come.

As always, thanks for stopping by!